Twinning has been one of the biggest fashion trends over the years. Interestingly, this doesn't only apply to mother and daughter tandem but also to celebrity BFFs.

As the saying goes, "great minds think alike"-- whether it is on the red carpet, matchy hairstyle, or casually hitting the street with coordinated outfits, fans can't help but to notice several A-lister's twinning moments.

In 2010, the two met on the set of the hit teen drama thriller series "Pretty Little Liars," and the rest is history.

The mom-of-one and the blonde beauty danced to the song, "Wow You Can Really Dance."

In the short clip, the "PLL" alums sported a black ensemble featuring dark denim jeans. The only difference is the "You" actress opted for a baggy sweater while the "Spring Breakers" actress wore a black sleeveless top. 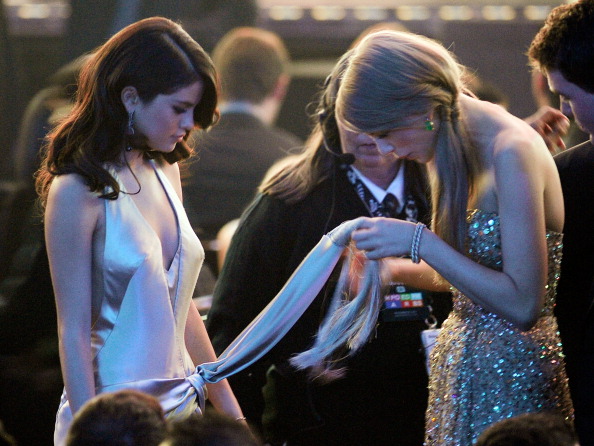 Aside from her chart-topping albums and string of controversial relationships, Taylor Swift is known to have a close-knit circle of friends, whom she calls her "squad."

There are several occasions that the duo appeared on the red carpet; however, one of the most memorable moments was during the American Music Awards in 2011.

With this, the "Look What You Made Me Do" singer and the former Disney star appeared in complementing shiny, champagne-colored gowns.

READ MORE: How to Get Gigi and Bella Hadid's Glowing Skin at Home

Next on the list is probably one of the most famous celebrity BFFs--it's none other than Gigi Hadid and Kendall Jenner.

There was one time when the two almost wore a matchy outfit as both supermodels dons in mom jeans and black fitted tops paired with black high heeled boots and matching chokers.

Another Kardashian member and her famous best friend who made it to the list are Kylie Jenner and Anastasia Karanikolaou.

The beauty mogul and the social media celebrity are famous for dressing alike with their sultry swimsuits and luxury pieces.

In Kylie Jenner's Instagram post, Stormi's mom posed in an all-white ensemble, wearing a white dress paired with pointy stilettos and knee-high stockings. The same goes with Stassie but in black.

As for their headwear, the "KUWTK" star sported an orange Prada bucket hat and a little purse while her BFF had a green one.