Britney Spears is relieving her past as she shared one of her memorable red carpet moments.

The pop princess is not just a music icon but also a trendsetter back in the day. Remember her iconic twinning moments with then-boyfriend Justin Timberlake wearing a head-to-toe denim look? Yup, that's the one.

Now, the "Womanizer" hitmaker took a trip down the memory lane as she posted a throwback photo during the 2002 Grammy Awards.

She then finishes off her glamorous look with some exceptionally voluminous curls.

Over Britney Spears' Instagram, she revealed that she was inspired by Julia Roberts in her 1990 romantic comedy film "Pretty Woman."

The second user echoed the same thought and dubbed her as the "Queen of Runways."

Moreover, a fan account shared the same sentiment as the "Gimme More" songstress and commented, "This look was a cultural RESET."

Her 2002 Grammy Awards dress was among the few iconic looks of the pop princess.

Since her debut in 1999 with her breakthrough song "Baby One More Time," the blonde beauty has often graced the red carpet and award ceremonies.

This was followed by the Teen Choice Awards, where the Mississippi-born singer-songwriter wore a pop star uniform.

At the time, Spears opted for a light pink top and bedazzled sparkly flared pants. 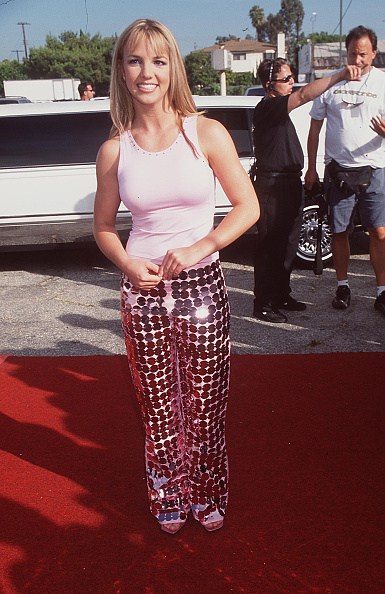 Surprisingly, the blonde beauty appeared in an edgier look during the 1999 MTV Video Music Awards.

She was sporting a metallic crop top, flaunting her toned abs, and paired it with a shiny jacket and snakeskin-style flared pants. 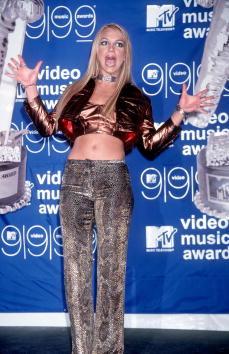 Last but not least is her Billboard Music Awards, where Britney Spears appeared on the red carpet wearing a lilac spaghetti strap gown with sparkly details at the top part. 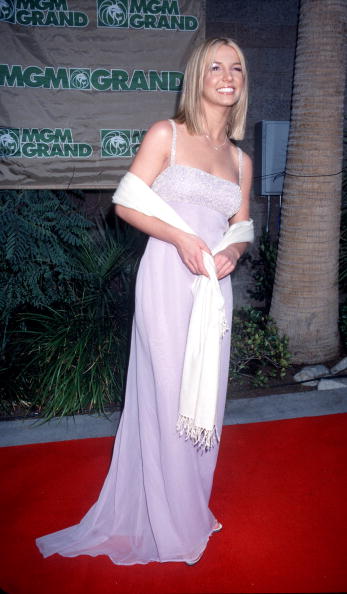 The singer looked innocent and young with her white shawl.

She then capped off her look with subtle makeup and a simple silver necklace.

This was said to be the pop princess' most classically elegant look to date.