Royal watchers and fans were thrilled after a representative of Meghan Markle and Prince Harry confirmed that the Duchess of Sussex is pregnant with her second child.

The surprising news was then followed by a stunning pregnancy shoot by the renowned photographer and family friend Misan Harriman.

Taken at the couple's new home in California, the black and white photo features the Duke of Sussex sitting beside his wife, while the former "Suits" star lays on the ground while cradling her very visible baby bump.

At the time, the mother-of-two dons in a bespoke dress made by the famous designer Carolina Herrera.

Interestingly, Harper's Bazaar revealed that this dress has a special meaning. Apparently, the custom-made dress was designed during her pregnancy with her eldest child, Archie.

There's no denying that the 39-year-old former actress has excellent tastes when it comes to fashion.

Even during her first pregnancy, the brunette beauty knew how to style her bump--whether she and Prince Harry are on royal tours and family engagements, Meghan Markle's maternity fashion is always on point.

With that being said, here's a look back at some of the Duchess of Sussex's best pregnancy looks to date.

Following their decision to step down as senior members of the Firm, the couple often graced virtual speeches from various organizations.

The Duke and Duchess of Sussex recently made a pre-recorded message during Spotify's Stream On event last February 22.

This is said to be their first appearance after announcing Meghan Markle's pregnancy news.

In the video, the former actress was spotted wearing a '60s-inspired Citrus Primavera Peplum Hem dress by Oscar de la Renta, which reportedly retails for $3,490.

In 2019, then eight months pregnant Duchess attended the Commonwealth Day Service alongside her husband and Queen Elizabeth II. 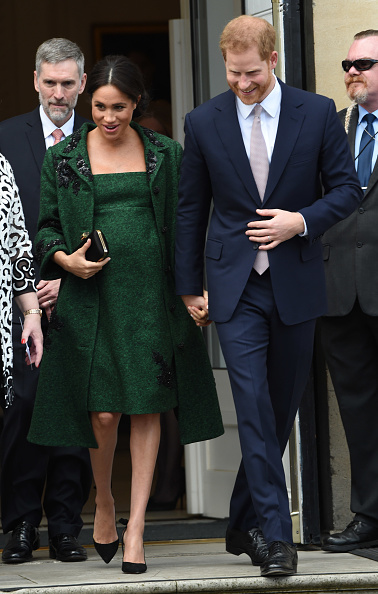 On that same day, the "Suits" alum celebrated Commonwealth Day at the Canada House by wearing a custom-made jacket and dress by the Canadian-born designer Erdem Moralıoğlu.

She then finishes the look with Deneuve Suede Pumps from the royal family favorite brand, Aquazzura that reportedly costs $750, and a clutch from Givenchy. 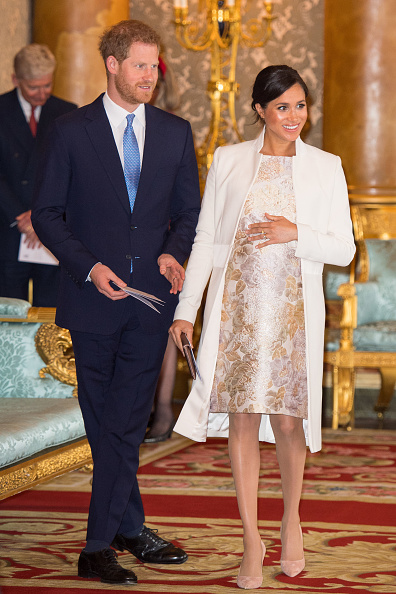 The former royals arrived at the ceremony wearing a blue coat and trousers. At the same time, his pregnant wife sports a metallic brocade dress paired with a cream coat from British fashion designer Amanda Wakely.

This has been said to be one of her favorite layering pieces since she was photographed wearing it on multiple occasions. 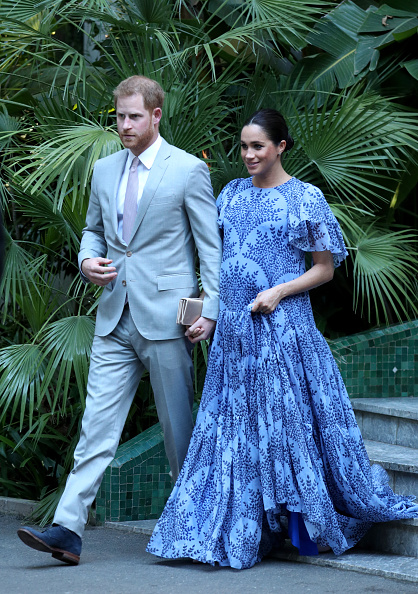 One of her most iconic pregnancy looks is her blue maxi dress from Carolina Herrera.

Meghan Markle wore this on their last day in Rabat, Morocco, during their visit with King Mohammed VI.