Selena Gomez looks totally unrecognizable as she went all out for a bolder change.

The "Lose You to Love Me" singer wows her fans with a hair transformation, showcasing a mid-length haircut in pastel colors.

It appears that the former Disney star is loving the quarantine hair created by celebrity hairstylist Evanie Frausto as she flaunted it over social media.

On his Instagram Story, the hair expert shared a series of photos of the Rare Beauty founder rocking the pastel rainbow wig, featuring messy waves and bangs.

In the first snap, Selena Gomez's makeup showcases a nude lip with almost no to minimal blush; however, the singer goes all out with a statement eye makeup with her signature cat eyeliner. 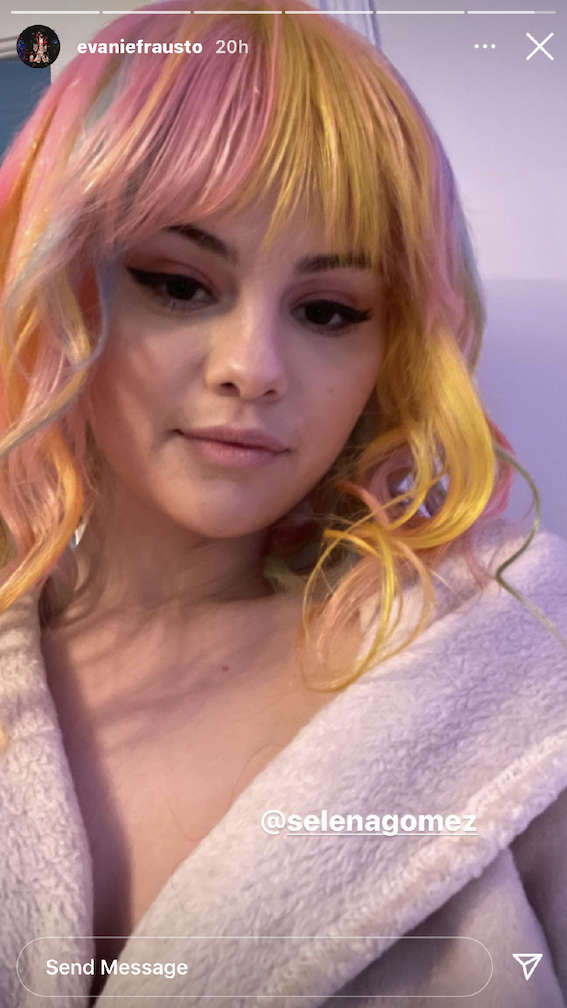 It is safe to say that Selena Gomez can go under the radar with this look, especially in the second photo where she has her mask on while donning a turquoise silk top over her Louis Vuitton monogram trench. 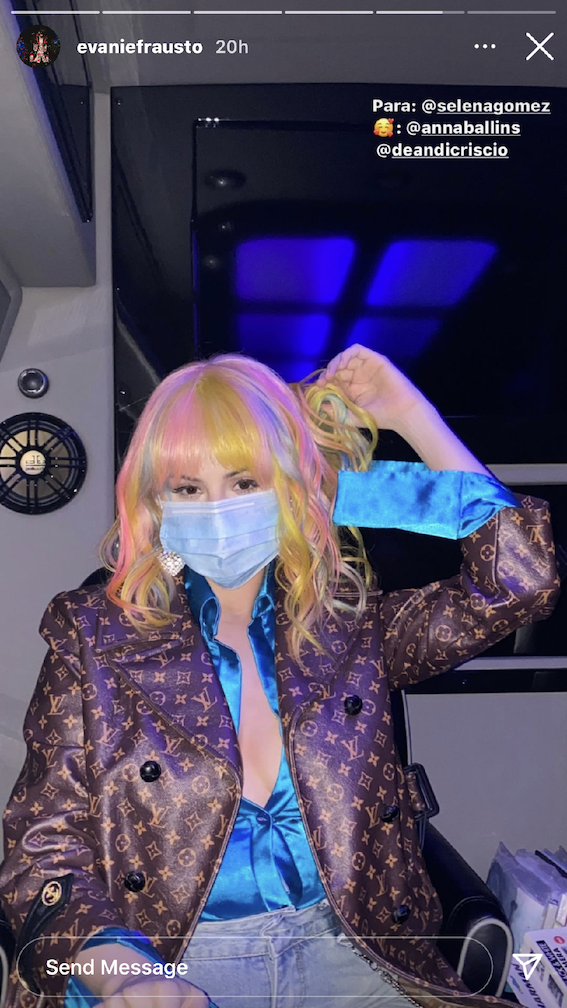 Frausto failed to disclose whether it is for another movie, music video, or just for fun, but he did tag his friend Anna Collins and New York City stylist Dean DiCriscio.

As of now, the "Ice Cream" hitmaker is keeping herself busy as she is currently filming her upcoming comedy movie "Only Murders in the Building" in New York.

Aside from this, she scheduled to drop her first Spanish EP "Revelación" in March.

From her Disney era to becoming one of the chart-topping pop icons, the Grammy nominee has showcased a ton of different hairstyles.

In 2007, then teenager Selena Gomez was seen sporting straight, layered hair with side bangs for her role as Alex Russo for the Disney sitcom "Wizards of Waverly Place."

She also underwent the curly short hair phase for her 2009 music video "Naturally."

Over the years, the "Same Old Love" songstress has evolved from a teeny bopper to a Hollywood A-lister.

In 2011, she was seen slaying the red carpet with her voluminous long hair that she often changed from blonde, to brunette and to black, which seems to be her natural hair color.

2015 is when the pop star took a trip down memory lane and gave "The Rachel" haircut a modern twist.

Over Selena Gomez Instagram post, the singer-actress shared a photo of her sporting freshly cut hair with lots of layers, just like Jennifer Aniston's haircut in "Friends."

A year later, everybody wants to copy the "Getaway" actress' long haircut with a blunt fringe. The 28-year-old pop star usually styled it with messy braids or tied them up in a bun for casual looks.

Now, fast forward to 2021 as Selena Gomez embraces her natural waves featuring a bit of a blonde highlight in her recent Youtube video for Rare Beauty.

A week ago, the award-winning singer shared her on the go, glowy look using her products from the Stay Vulnerable line, her brand's latest collection.