Zendaya is Lancôme’s Ambassador for the New Lash Idôle Mascara 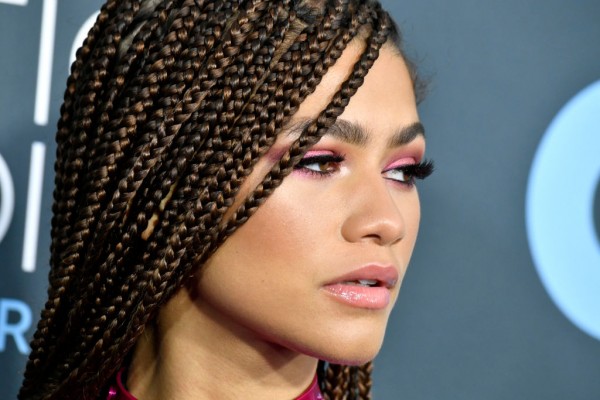 And Zendaya's star keep on rising. After her historic Emmy win for Outstanding Lead Actress in a Drama Series for HBO's Euphoria, Zendaya appeared in a slew of stunning magazine covers and now she's back as the face of Lancôme's Lash Idôle Mascara. This is not her first partnership with the French luxury brand. She is also the brand's ambassador for their Idôle Eau de Parfum which was launched in August 2019. WWD reports that the perfume is included among the top 17 best-selling luxury women's scents in the US and top 15 in Europe.

Lancôme's Lash Idôle Mascara will be launched on December 2, 2020. This new mascara features a curved brush with 360 micro-bristles in 250 sizes to coat each lash and is formulated with a light gel emulsion with tea extracts. The mascara is also made with 25 percent less wax. Lancôme has been a long-time leader in mascara. Vogue and Harper's Bazaar consider Lancôme Monsieur Big Mascara Extreme Black as the best for high impact looks, while the Lancôme Définicils High Definition Mascara is considered a cult favorite and has been for many years. With Lancôme's successful mascara record, surely the Lash Idôle Mascara will not disappoint.

To make the most of your mascaras, especially high-end ones, Vogue has the following tips:

To extend mascara's shelf life, avoid pumping the wand in the tube. This motion allows air into the formula and dries it out. to get what you need, just use gentle scooping motions.

Before applying mascara, lift your lashes by using an eyelash curler. A great drugstore buy is GSQ by Glamsquad Eyelash Curler + Comb Set which CVS stocks. Another pocket-friendly option is Japonesque Extreme Eyelash Curler which goes for $10. For curled lashes that are even, crimp-free and long-lasting, Cosmopolitan ranks Shu Uemura Eyelash Curler as the gold standard. It's sturdy and last for years, too.

Apply mascara to the front of your lashes in the usual way. To pump up the volume, run the wand over the back of your eyelashes. This technique will give you high impact lashes instantly.

For clumpy and dry mascara, stirring in a few drops of artificial tears will extend its lifespan.

It's often the mascara wand that makes a huge difference. If you're done with a tube, keep the wand and just clean it with eye makeup remover so you can use it with your favorite formulas which may not have the best brushes.

Below are some of the best luxury and drugstore mascaras of 2020 according to beauty editors:

How To Hydrate Skin Properly In Any Season

Common Hair Mistakes To Avoid For Healthier and Dandruff-Free Hair

Dermatologists Remind You That Wearing Sunscreen In the Winter Is Crucial

|BEAUTY|
Celebrity-Approved Beauty Products To Add To Your Arsenal

|HOW TO|
How To Declutter and Organize Your Closet