Shannen Doherty and Her Fight Against Breast Cancer

Shannen Doherty shared her personal thoughts, challenges, and her love for husband Kurt Iswarienko while fighting against breast cancer.

Shannen Doherty, the 90210 star, had just undergone a PET scan after she experienced discomfort and back pains. Whent the medical result was released, the actress was alone, as her husband was on a business trip.

She received the news through her long-time doctor Lawrence Piro, and it shook her after hearing that the breast cancer had returned. She had battled this cancer back in 2015. Now, all her dilemmas were unleashed.

The 49-year old actress revealed in February 2020 that her stage 4 breast cancer had returned. Though she has been in remission for the past years, it turns out that her fight is not over as the diagnosis proved.

Doherty and her photographer husband Iswarienko moved back to their Malibu house early this year. Doherty, as a cancer patient, is vulnerable to Coronavirus. Hence, the couple decided to take precautions. 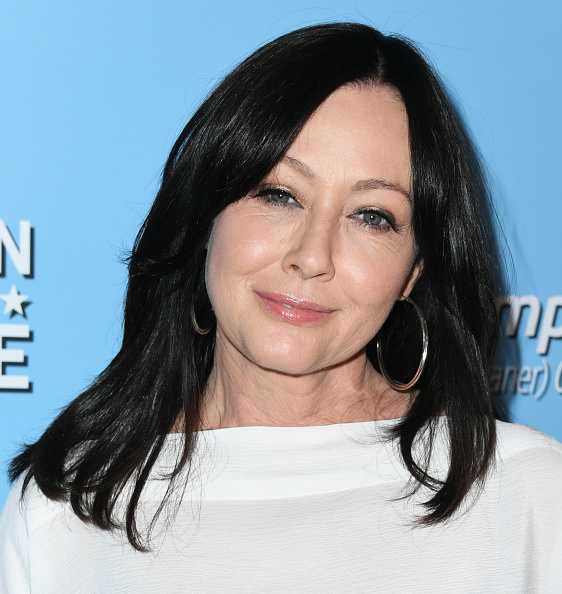 The couple is doing their quarantine away from the city and is rebuilding their massive vegetable garden, which was destroyed after a fire. They are hands-on in all the plowing and are taking care of the plants since the lockdown.

According to Elle magazine, the couple enjoyed all the gardening while Iswarienko discovered his carpentry skills. "Doherty asked me to build wood support for the tomatoes, I went into a full-blown woodworking obsession", Iswarienko says.

The past month, Doherty admitted to Elle that she had more time to reflect about many things in her life. She shared, "Right now, I value and treasure all the small moments that other people may not see or take for granted. All the small things are magnified for me."

Thinking about the situation she is in, where the future is uncertain given her deadly illness, Doherty can't help imagine a future. She has now made a mental list of her possessions and thoughts about which items should go to whom.

Shannen expressed openly about her plans; she even considers making video messages for her family to watch after her death. As a warrior, "Whenever I think of doing it, it feels so final. It's like you're signing off, and I am not signing off", she says.

For Doherty, she has things many things to do like writing letters and spending more time with her husband. "I have so many things to say and I want my husband to know how he meant to me". She feels healthy and has so many vibes to play with her dog around the house. "It is hard to wrap up your affairs when you feel like you're going to live another 10 or 15 years", she positively shared.

Currently, Doherty is determined to enjoy life and stay healthy. The actress is working on new projects and plans to publicize breast cancer.

Doherty was a household name in the 1990s with her hit series "Beverly Hills 90210." Her life was at the peak as a 19-year-old actress, but her reputation was not in her favor. She was fired from 90210, and after four years, was invited to cast in another hit show "Charmed," which debuted in 1998.

Promote a Healthier Way of Life

Why is it Recommended to Check for Skin Cancer Early?

What Color Should I Dye My Hair?

Tips On Getting Good Deals On Botox

7 Scary and Easy Halloween Makeup Ideas and Tutorials for 2020

|BEAUTY|
How to Clean Makeup Brushes: The Lazy Girl's Guide

|BEAUTY|
How to Get Rid of Cellulite: What Every Woman Wants to Know

|BEAUTY|
What Color Should I Dye My Hair?

|BEAUTY|
How to Get Rid of Pink Eye